The development of the digital money segment in the world causes different reactions from the governments of various countries. Some adopt bills that legalize cryptocurrencies, others simply choose to take on a waiting position, trying to predict the development of the market in the future. There are, of course, some countries where bitcoin is prohibited. As a rule, these are not highly developed states. However, there are exceptions among them. Some world powers do not support the use of bitcoin on their territory.

Why do governments oppose cryptocurrencies? There are a few reasons. The use of bitcoin and other cryptocurrencies allows many people to work with funds without the mediation of banks. This allows you to hide your earnings, thereby avoiding taxation. Fraudsters and criminals can easily buy prohibited goods on the Internet. In general, the development of cryptocurrencies helps to reduce the control of the ruling elite on the economic playing field.

The legal status of bitcoins in countries can be divided into 4 subcategories. They are:

Which country bitcoin is illegal?

Countries falling into the 2nd, 3rd, and 4th categories are:

Trends suggest that first world countries such as Sweden, the USA, Germany, Australia, and many others only encourage the developments in the field of cryptocurrencies. Other countries, which you can see in the list above, on the contrary, hamper the development of this segment of the economy. Iceland was recently on this list, but in 2017, the government fully restored the rights of traders, repealing all restrictive laws. 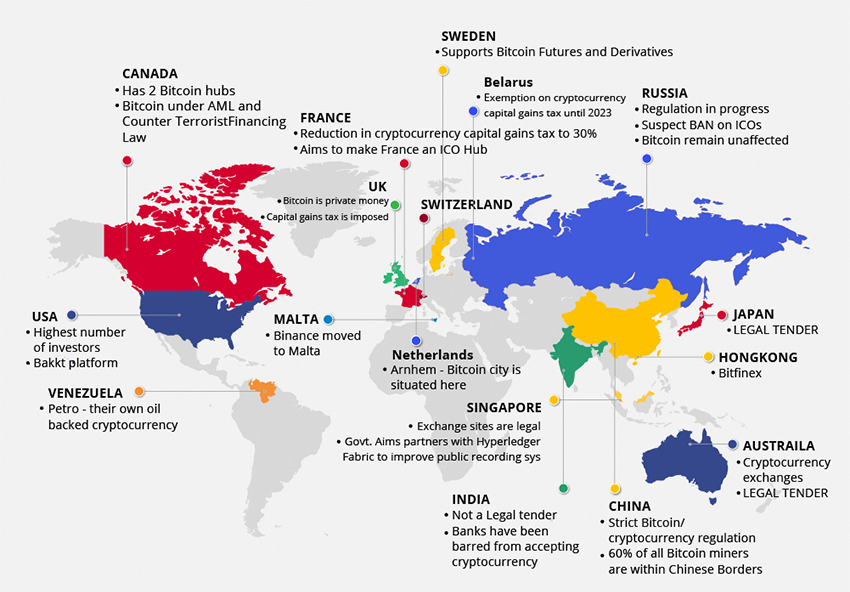 There are no prerequisites for banning Bitcoin and other cryptocurrencies all over the world.

On the contrary, everything suggests that new money will slowly integrate with the mainstream economic system, which will allow a smooth transition into a new world, where coins will also be used along with fiat.